ROUND 1 = DETECTION OF PERSONS IN THE WATER

Please note: the technical term for drones – ‘unmanned aerial vehicles (UAVs)’ – will be used throughout this blog post.

The current solution for aerial search and rescue (SAR) missions relies on the costly involvement of the Her Majesty’s Coastguard (HMCG) SAR helicopter service. Rapid advances in technology have enabled more capability to be placed on smaller unmanned aerial vehicle (UAV) airframes, including similar human detection sensors that are present on-board the SAR helicopters. But can UAVs compare with these multi-million pound aerial vehicles? The SkyBound Rescuer Project aims to find out. This blog post analyses each aerial vehicle’s ability to detect persons in the water (PIW). This is the first of many blog posts that will compare these two forms of aerial rescue vehicle: SAR helicopters versus SAR UAVs, who will win? Sign up for email subscriptions to be notified of these posts, be the first to watch the battle unfold.

THE DETECTION TECHNOLOGY ON A HMCG HELICOPTER:

The HMCG helicopter model that has been analysed throughout this post is the Sikorsky S92. This model of SAR helicopter boasts a state of the art forward looking infrared (FLIR) payload. FLIR payloads use thermographic cameras that can sense infrared radiation, in this case the radiation emitted from the heat source: the human body. This sensor feedback subsequently forms an “image” assembled for video output. The FLIR payload that the HMCG helicopter service operates with enables detection of less than 1 degrees Celsius variation, increasing the probability of detection (POD).

However, in water temperatures between 7-22 degrees Celsius – which the UK’s sea temperature falls into all year round – extremity cooling occurs between 3-30 minutes after entering the water. Extremity cooling causes a human’s skin temperature to match that of the water temperature, rendering FLIR relatively unusable for detecting PIW that have undergone said effects. Furthermore, not only does extremity cooling make PIW difficult to detect, it also effects a person’s muscles and nerves causing them to lose coordination; 60% of drowning victims die during this stage, despite usually being around 3-5 metres away from safety. The majority of these drownings were competent swimmers that simply lost the ability to swim as a result of extremity cooling. Therefore, PIW incidents are extremely time critical.

Yet, the Sikorsky S92 has 85% coverage of high-risk areas within a 30-minute timeframe and an average flying time to incidents of 19 minutes. (Gov.uk, 2013) Although when compared to its predecessor – the Sea King – the S92 offers a 15% improvement on high-risk area coverage and a 20% improvement on flying times to incidents, these timeframes are nowhere near fast enough to overcome the detrimental effects of extremity cooling to detection capabilities. (Gov.uk, 2013)

THE BIGGER THE HEAT SOURCE, THE BETTER THE CHANCE OF DETECTION:

Given the compact size of some UAVs on the market, they have the ability to be transported on a Royal National Lifeboat Institution’s (RNLI) lifeboat and launched once the lifeboat is on-scene. In 2014 the RNLI achieved an average launch time from notification of 9 minutes. (RNLI,2015) Generally, the RNLI are considerably faster at responding to search areas than the HMCG helicopters, thus giving UAVs the potential to be on-scene faster.

HELICOPTERS FLY TOO HIGH TO DETECT PERSONS IN THE WATER:

The minimum standard operating height of the HMCG helicopters – according to the International Maritime Organisation (IMO) – is 500ft. (IMO, 2013) Without the FLIR payload’s zoom capability; PIW would be less than a pixel in size on the screen, i.e. this flying height makes PIW tiny objects to detect.

Given that the FLIR technology is relatively incapable of detecting PIW after extremity cooling, it falls to the detection capabilities of the flight crew’s eyes to find the casualty/casualties. Hence, the visual sweep width values for the crew’s eyes that are displayed in the table below – as calculated by IMO – are considerably small values. A visual sweep width is a mathematically expressed measure of detection capability based on target characteristics, environmental conditions, height of eye and other limitations. As you can see, in poor visibility conditions (1 nautical miles or less), the HMCG helicopters’ crew are completely unable to detect PIW.

Whereas UAVs can legally fly lower than 500ft, in fact their legal ceiling is 400ft, allowing their flights to be much closer to sea level, thus creating a larger object to detect. A recent experiment conducted by The SkyBound Rescuer Project provided empirical evidence that a consumer UAV – the DJI Phantom3 Advanced – has the ability to offer a 0.5nm visual sweep width when visibility conditions are 10-20+nm. Tests in lower visibility conditions have been planned; this blog will keep you updated with the research findings. Nevertheless, the data already collected shows a laudable improvement on the efficiency of detecting PIW to the S92, even in perfect visibility conditions.

In conclusion, the UAV’s lower flying height and slower speed makes PIW an easier object to detect, even when using a mere visual camera for detection. Additionally, with a UAV’s potential to offer quicker response times, a UAV carrying FLIR technology of equivalent accuracy to the S92, will outperform the helicopters: the casualty would have endured less extremity cooling, forming a greater heat source to find. In fact, there is a possibility that a cheaper, less accurate FLIR payload on a UAV could surpass the helicopter’s detection capabilities due to its flying height, flying speed, and faster response time.

Upon completion of the ‘Helicopters Versus Drones for Search and Rescue’ project, all information, methodologies, and data will be collated into a research document and make available for purchase. Sign up for email subscriptions to be notified of its release.

If you have anything to add or questions to ask or recommendations for comparison material, please don’t hesitate to use the comment section below. Don’t forget to sign up for email subscriptions, so that you’re always up-to-date with the world of SAR UAVs!

2 thoughts on “Helicopters Versus Drones for Search and Rescue in the UK: Round 1” 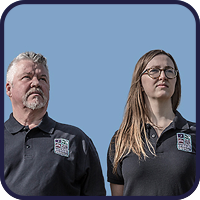